How To Trade Profitably, ASAP ! 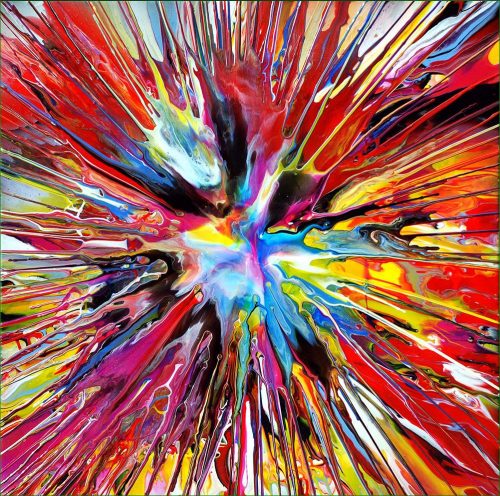 How To Trade Profitably, ASAP !

Bang, & so it begins, sitting in front of a broking platform looking at charts when it dawns upon you,

There are many processes in Trading that can lead the untrained astray given the noise & confusion about what to do, when & how to do it.  First though,

From over a decade of experience, let me state that Trading is tricky, it is unintuitive at first to the untrained eye, assistance is needed to help dial in the right mindset to move forward right from the start.

David spent much time at his system attempting to Trade S&P 500 & Forex Markets as a Newbie. His goal was to reach independence as quickly as possible, to trade enough to pay his bills whilst managing to fend off negativity from his family & pressure at work from his boss, all whilst seeking in the background a new dream, a new vision, different goals…. the possibility to redefine who & what he is. He wrote down what he wanted to achieve and made notes about how he would do it through Trading… So far so good..

First up, we salute you David, very noble & just dream, but, the problem is, David is chopping between approaches hoping something would work focusing on breakouts one day, & then abandoning that for looking at Bollinger Bands the next in the hope something would work,

“there’s money everywhere, all over these charts, I just want to catch just a tiny bit of it, but I find I am constantly losing, why? What on Earth is going on here?”

What David doesn’t know is that this one of the most prevalent mistakes a Newbie can make. So, what’s going on exactly?  Let’s unwrap this… Follow closely…

The problem is multi-faceted but comes down to the following broad issues:

David has no game plan! therefore ask yourself,

“what governs his entry & exits? Hmm…”

The answer is best magnified when I tell you the following two things:

1. If we put David in direct trading competition with a Monkey & a coin toss regarding decisions about entries & exits when David makes his decision, (i.e. when David Trades, a Monkey flips a coin to decide which way it also will Trade in a parallel system),  over time we can make a startling prediction.

(First, absolutely no disrespect is meant here, this is about using a competitive unbiased decision maker that simply doesn’t understand the implications behind the gameplay)

…but, did you know that the Monkey would win?

I am assured that the Monkey would come away with more money in its brokerage account in this experiment over extended time & now I’m going to show you why.

Hold tight, this is huge.

Are you strapped in? Here it comes…

What does this mean?  This means without any guiding principles (Strategy) that Directs David’s Trading decisions, he is actually leaving decision making to other less efficient thinking systems.

David is using his emotional system to make decisions, he is a victim of his emotions!

As such, what is happening is that when he enters a Trade, he does so with greed as his primary motivator. He then languishes about the trade staring at the screen, & what he doesn’t know about his own Psychology is that actually, between Greed & Fear, ( which are the emotional extremes that govern all Trading Psychology), his FEAR is a FAR GREATER MOTIVATOR THAN HIS GREED.

So, what does this mean to his Trading?

What this means is… David exits from his NEWBIE trades when his position generates enough FEAR emotion in him to exit.  David sees wins if he stays in his trades, but his greed keeps him in the trade as he hopes for more, but when money is on the line, his basic human responses i.e. his Fight or Flight emotional reflexes are in control. This means when the fear is great enough because he is staring at huge losses in his account, this emotion becomes the biggest trigger of all in a game plan that has no Strategic process to override his emotional decision making.  Can you see this now?

2. Newbie traders Enter with GREED & EXIT markets through FEAR i.e. chasing a move that has generated emotion in the Newbie Trader  because the price is rising hard and high, only then eventually to  exit in order to stem the losses, when he could take the stress no more. Its a classic. No Scientific system means decision making is emotional and that means exits when the stress is high, the fear is strong.

The correct way to place a Trade however, is the opposite. It involves Entering with FEAR & exiting through GREED, i.e. keeping your Risk secured & letting your profits run.

David, we feel for you … We’ve all, as honest Traders, been at this place… here’s how to begin to run from the newbie tag…

An Olympic Athlete looking to be the best in competition doesn’t begin his performance without some regimented game-plan that she knows she is going to follow.

An Entrepreneur will be laughed out of the room, without an updated Business Plan through which he will execute his Strategy.

It is a New Traders Purpose to put RISK FIRST, not Profit.

How exactly do we do this?… The first most important thing any NEWBIE Trader can do to hold onto their capital and stem the ” haemorrhaging “, is to begin to allow only a PRE-TRADE CHECKLIST to define their behaviour for the duration of a Trade.

Newbie Traders must begin, by having their decisions made upfront before the Trade begins. In fact, whilst in Trade, there should be little strategic thinking, there should only be tactical reconnaissance searching for changes in your Trading plan conditions you set out before the Trade.  PRESERVATION of  CASH should be the highest priority whilst on the lookout for the unfolding of any  high-Risk event. In other words;

Have a STRATEGIC PROCESS that does some thinking about the process before you place the Trade.

This is how to begin your ascendancy toward professionalism & profitability,  & away from the Newbie tag, which can waste  so much Trader time &  money if you dont escape that tag as quickly as possible.

Have a plan, have a STRATEGIC PROCESS, BELIEVE ONLY IN THAT PLAN, FOLLOW THAT PLAN PRECISELY using a scientific method that primarily is about not losing a drop of your money, or rewrite the Plan BEFORE, & NOT DURING your Trade. This is your first career guiding PLAN.

EQsIQ produce several such PRE-TRADE CHECKLISTS that vary according to Asset Class & style of Trading ( & by the time you adopt one we’ve already analysed in-course it’ll FIT YOU).

These are integral to the courses we provide & are made available to you in your account as you build your Trading Plans with us.

Some of these templates or Checklists are 25 plus levels deep, but we can provide here for your benefit a 20 point Checklist, with notes,  for your immediate use to help reduce unfavourable choices &, foster corrective thinking  & thus begin the process of moving you towards professionalism & profitability today, one step at a (quick) time.

Let’s get this show started,  get your 20-point PRE-TRADE Checklist & guide to Professional turnaround from the link below now.

Your PDF covering the following areas & more that should be known before you place every Trade.